English roses, attracting attention by the intricate structure of their beautiful flowers and impressive aroma, for half a century of existence, have firmly established themselves in rose gardens and home gardens around the world. About the features of these roses and about caring for them - further.

English in English roses was originally nothing but the name of their author - farmer David Austin. They were inspired by the look of old French roses, and the first famous variety was also bred by Austin based on an old Gallic variety (again from France).

The idea of ​​a florist to revive the beauty and charm of roses from previous centuries, giving them the ability to bloom twice inherent in modern varieties, proved fruitful. So the “first-born” of a series of English roses was born a little more than half a century ago - the Constance Spry variety.

Did you know? Rose oil is superior in value not only to gold, but also to platinum. To get the whole liter of this product, you need 3 tons of the lightest petals.

The English florist succeeded in new shades of impressive aromas and even yellow and orange flowers that were not characteristic of the old varieties. Juliet David Austin, one of the most popular rose varieties in the world, has a delicate apricot hue. An even more popular variety - Graham Thomas - shows a radically yellow color. To imagine what English roses are today, one should know that today the collection of the prolific breeder David Austin has almost 200 varieties of roses that are sold annually in the world with almost 4 million bushes.

They all differ from each other in colors, aromas, bush structure, however, they also have much in common, which is expressed in:

The English breeder awards all his varieties with magnificent names entered in the catalog, among which today the best and most popular are:

Although these flowers are cold-resistant and prefer moderate cool to heat, for our conditions, where winters are more frosty than in the British Isles, not all of them are equally suitable.

The most winter-hardy varieties usually include:

As mentioned above, English roses prefer moderate temperatures, do not like heat, and in winter they need shelter from frost. They are quite shade-tolerant, they are enough for four hours of sunlight.

Although flower growers emphasize that in more lighted areas, the shoots are not drawn so intensely. Originally from foggy Albion, these roses easily tolerate humid air, the same applies to soil.

Important! Waterlogging of the soil, these plants do not tolerate, therefore, the territory in which they grow, in no case should not be flooded with melt water.

English roses do not have great demands on soil quality, but grow better on breathable soils rich in humus with an acid value of up to 6.5 pH.

Seedlings are planted in spring or autumn. In spring, the temperature of the soil should warm up to + 15 ° C. The process of planting a plant in the ground itself is as follows:

Growing and caring at home

Care for this fairly unpretentious plant is:

If the soil around the plant has dried to a depth of 3 cm, watering is required, which is preferable to carry out in the evenings. A simple rose bush requires at least a bucket of defended water (and if the rose belongs to the climbing varieties, then it needs one and a half buckets). In late August, watering ceases, and if the summer is wet, it should be done at the end of July. Since the pink seedling is placed in well-fertilized soil, there is no need to feed it in the first year of life. The following year, in spring, nitrogen-rich organic fertilizers are applied under the plant in the form of a solution of mullein or bird droppings to stimulate the growth of green mass.

Mullein is bred in water in a proportion of 1: 10, and litter - 1: 20. During budding, the rose already needs more calcium and phosphate fertilizers, and in the fall potassium top dressing will be even more useful, helping the plant to overwinter safely.

Important! When applying fertilizers, do not overdo it, since their excess can cause yellowing and falling of leaves.

The English rose is pruned in the spring before the buds swell and in the fall to free them from too thin, dried, unhealthy-looking and poorly developed shoots. Autumn pruning also allows you to make better shelter for the plant in winter.

The degree of cropping also depends on its goals. To grow a bush of small height, but with large flowers, the shoots should be cut to half their length, and to grow a sprawling bush with numerous buds, shortening the branches by a third is enough.

Curly roses with long lashes make only a fifth of the original length shorter. The most popular form for bushes of these pink plants is the hemisphere.

Weeding, combined with loosening the soil around the bush, not only frees the rose from weeds that steal nutrients from it, but also facilitates the access of air and moisture to its roots. Do not loosen too deep so as not to damage the thin root system of the plant.

After this procedure, it is useful to mulch the soil around the bush with peat or humus (up to 0.1 m high). This will improve the structure of the soil and make it easier for the rose to absorb nutrients. If you create optimal conditions for the English rose, it is able to grow in the same place for over 20 years.

With all its resistance to most diseases and pests, this plant can undergo fungal and viral diseases, most often represented:

These diseases are prevented by scrupulous adherence to agrotechnical rules, as well as preventive measures in the form of spraying bushes with aqueous solutions of wood ash in a proportion of 1:10, mullein in the same proportion or potassium permanganate, 2.5 g of which is diluted in a bucket of water.

The pollination of bushes and sprinkling of soil around them with wood ash is very effective twice a season.

And if the bushes have already begun to be affected by fungi or viruses, it is necessary to spray them with 5% Bordeaux liquid or soap-copper solution every 5 days, prepared from 300 g of laundry soap and 20 g of copper sulfate, diluted in a bucket of water.

These plants may be attacked by pests represented by: In this case, the bushes should be treated with insecticidal drugs.

Did you know? A wild rose bush growing in Germany near Hildesheim Cathedral still blooms to this day, although it is already nearly 1000 years old. It has grown so much that it has already caught up with the roof of the building.

How is the flowering period

Blossoming first and blooming already at the end of June, in our latitudes this pink group is ahead of all the others in bloom. After that, they develop fresh shoots and bloom again in August and early September.

Thus, this pink group during the season gives 2 flower waves, during which it amazes with the intricate structure of its double flowers. So, the William Shakespeare variety has about 120 petals in each flower, giving the impression that they are made of velvet.

A characteristic feature of this shrubby type of roses is a branch picturesquely descending to the very soil above which a dense bush of a hemispherical shape rises. This is a classic version of the varieties conceived by David Austin, which serves as a decorating element in the landscape.

Pink shrubs look great both as lonely standing objects and as a background for lower plants. Hedgerow, picturesque lashes climbing on the wall, and like a standard tree (with a trunk straight to a certain place, without side branches) - these are several other options for landscape design.

Many varieties can serve as elements of container gardening (as well as successfully grow in pots and flowerpots). The author’s vision suggests a group arrangement of rose bushes. David Austin believes that the range of color shades of his roses is enough for their harmonious combination in such picturesque groups.

The English breeder came up with the happy idea of ​​combining the splendor of old roses with the long flowering of modern roses for half a century and has blossomed with myriads of spectacular and fragrant buds in rose gardens, gardens, parks, cottages and gardens around the world. 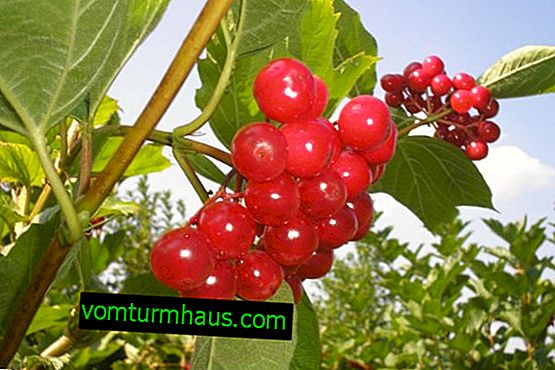 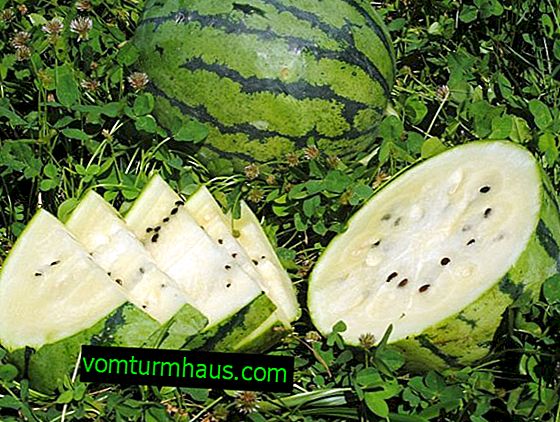 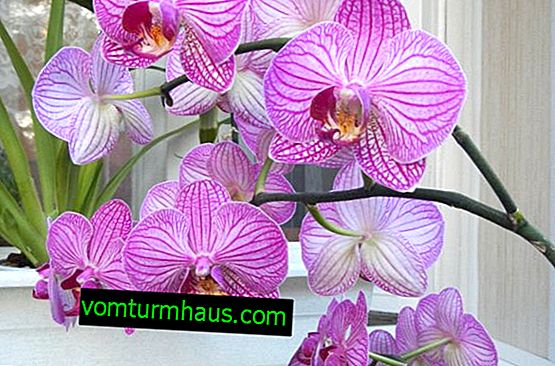 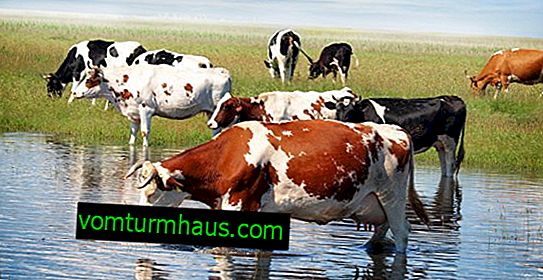