One of the most popular vegetables is beets. People grow table varieties of this vegetable and technical (sugar and feed). Without red beets, it is impossible to cook delicious borsch, vinaigrette or herring under a fur coat, and sugar is made from sugar-containing varieties. In this article we will consider the reasons for the poor growth of this crop and how to eliminate them, as well as the better to fertilize root crops.

Why beets do not grow or grow poorly

Beets will grow poorly if: Beets grow a large mass of roots and leaves, so it consumes a lot of water. The bulk of the crop growth occurs in July and August, when water reserves in the soil are reduced, and high temperatures usually increase its deficit. The distribution and amount of precipitation during the growing season are of great importance. Spring drought is also dangerous and prevents the emergence of seedlings. Summer droughts, in turn, reduce the increase in the mass of root crops and their quality. Irrigation of beet plantations is an important factor in stabilizing yields.

Read more about how and when to plant beets in the winter.

Culture requires high light intensity during the growing season. A rainy summer is accompanied by a deterioration in light intensity, so plants grow worse. Moisture helps to increase the mass of roots and leaves, but the sugar content in root crops decreases. A high root crop with high nutritional value is obtained in years with optimal rainfall in June, July and August, but only if warm and sunny weather is restored after rains. Soils intended for beets should not be clay and dense, good hygroscopicity is important. If the arable layer does not have uniformity and friable structure, then this is an obstacle to root growth. It is also bad if the humidity in the open ground is too high, and this happens in marshy areas or is caused by improper tillage.

Did you know? Scientific studies have shown that a high level of unique antioxidants and anti-inflammatory agents found in beets helps reduce the risk of many types of cancer.

Crop rotation is the sequence of growing crops in a particular garden or field. Properly organized crop rotation is the basis of crop yields, provides increased soil fertility and biological activity, limits the occurrence of diseases, the appearance of pests and weeds, and ensures the full use of nutrients from the land. Also, crop rotation is aimed at protecting the soil from erosion and reducing the leaching of nutrients, especially nitrogen, into groundwater, so it is necessary that the land is covered with rich vegetation throughout the growing season.

In a crop rotation, at least a four-year rotation cycle is applied. This means that the same plant species and even another species from the same botanical family should not appear on the same field earlier than after 4 years. Important! Vegetable growers need to remember that bean and grain crops, pumpkin plants and onions of any kind are good precursors to sugar and table beets.

The main diseases of beets are:

The main pests of sugar beets are:

What to do and how to eliminate the causes

In order to successfully grow root crops, it is necessary to observe the correct timing of sowing in open ground, apply balanced fertilizer to the soil in the garden, and also provide the soil with moisture. Also, to obtain a good crop of vegetables, the type of soil and its structure are important.

Did you know? The result of human consumption of beets is: lowering blood pressure, preventing oncology, cleansing the liver, treating anemia, increasing stamina and increasing libido. The root crop also helps in skin care, prevents the occurrence of cataracts, creates immunity and treats respiratory diseases. The healing properties of the vegetable are due to the richness of nutrients, vitamins and minerals.

Beetroot is a plant of temperate climate, the seeds of which are best germinated at a temperature of +15 ... 18 ° C. It is sown later than other root crops. In a situation where the temperature during seedlings is kept for more than 10 days below +10 ° C, beets in the future will not grow root crops, but will eject seed inflorescences.

Young green shoots are not afraid of a short-term drop in temperature even to 0 ° C, but are sensitive to more severe frost and can freeze. Freezing is also undesirable during the harvesting of root crops, because it reduces storage time. During the vegetative period, it is necessary several times to carry out work on weeding row spacing. During this procedure, weeds are destroyed between the rows and the soil is loosened, through which moisture and air penetrate the roots of the plants. If there is nothing to water root crops - watering can be replaced by loosening the soil.

Beet seeds are very sensitive to soil moisture, so it is advisable to water the crop. Moisture is necessary for her during the period from sowing seeds to the rooting of young plants, until 2-3 true leaves appear on them. Later, beets form a deep, highly developed root system, so it suffers a fairly long temporary drought.

Beetroot, due to its highly developed and deeply penetrating root system, is ranked among vegetables with average fertilizer requirements. Most of all, she needs nitrogen and potassium. Beets are sensitive to boron deficiency, which is manifested by a gangrene rosette of leaves and the appearance of dry root rot, it also needs manganese and molybdenum. On green beet plantations, it is necessary to use nitrogen fertilizer sparingly, since too high a concentration of this element in the soil leads to a high nitrate content in root crops. Rhizomes of too large sizes are tied, their color changes unnaturally, taste and intact qualities deteriorate. If there is a need for nitrogen fertilizer, it is best to fertilize the field or bed before sowing seeds, this will partially limit the accumulation of nitrates in the product.

Did you know? Beetroot juice is one of the richest dietary sources of antioxidants and natural nitrates. Nitrates (not to be confused with nitrites!) Are compounds that improve blood flow throughout the body, including the brain, heart, and muscles. Organic fertilizer

First of all, organic matter should be used, since it is a fertilizer of natural origin that improves the physical, biological and chemical properties of the soil. It is best to use cattle manure or compost where there is everything that is needed for the soil: they improve its structure, stimulate biological soil life and provide useful minerals. Organic fertilizers that can be used for growing beets:Gardeners also use a folk remedy intended to feed plants and at the same time to combat organic pests and diseases in beet beds. This garlic solution is a biological product that not only makes plants resistant to pathogens and insects, but also fertilizes the soil.

Take 1⁄4 bucket of garlic. You can take garlic plants with green stems, inflorescences, immature or ripe bulbs and roots. Everything is well crushed and filled with water so that it is a few centimeters below the edge of the bucket. A bucket of contents is left for several days in a shady place for fermentation. When garlic begins to ferment, it needs to be mixed regularly. When the bubbles no longer appear on the surface, this means that the liquid garlic fertilizer is ready to use. Before use, the solution must be filtered through gauze.

Important! Garlic fertilizer before use should be diluted in a ratio of 1:10 (1 part concentrate to 10 parts water). The garlic solution is poured directly onto the soil so as not to wet the beet leaves. If fertilizer gets on the leaves, it can cause burns. Mineral fertilizer Features of the use of sauerkraut by men 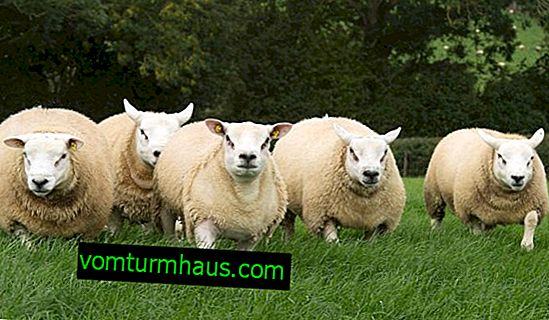 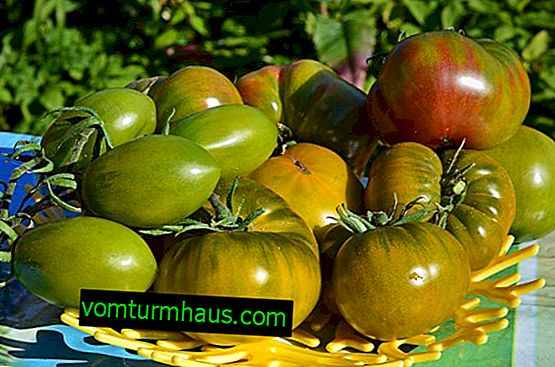 Tomato "Swamp": description of the variety, features of cultivation and care 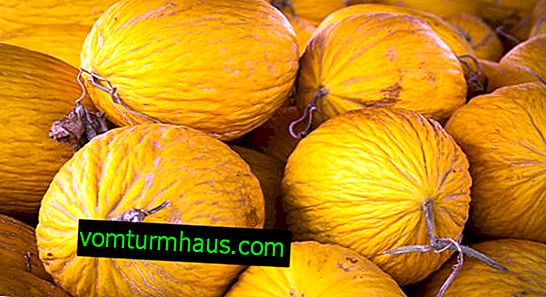 What is Kassaba winter melon

Aphids on viburnum: methods of struggle 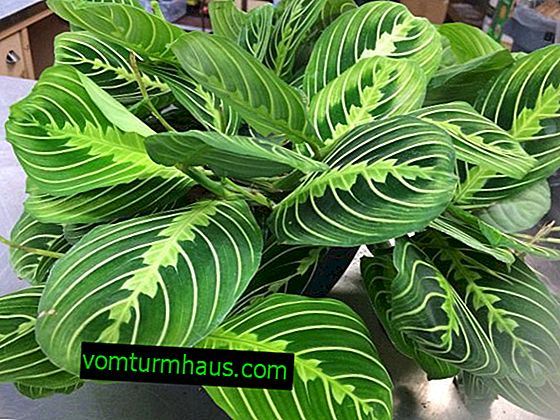 Cucumbers Director f1: description and cultivation of the variety 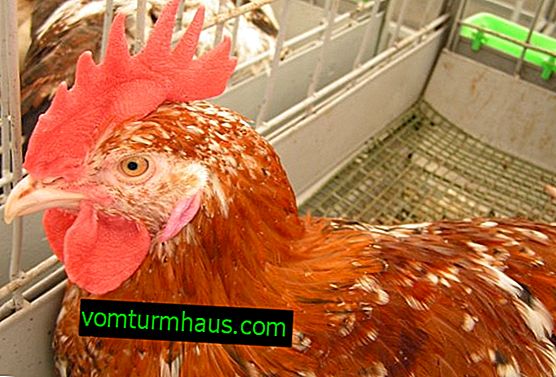 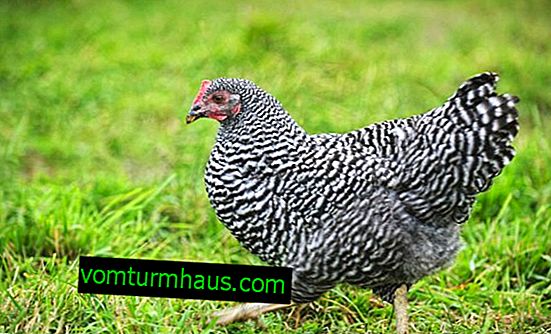 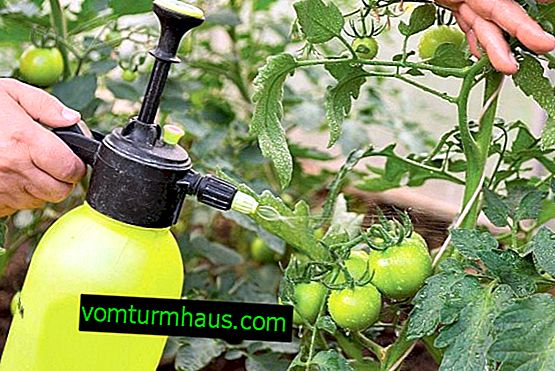