How fast boletus grow after rain

Boletus edulis combines many similar scientific types of mushrooms of the Lectinium genus and stands out among the others by the presence of a red-brown hat. For this feature, it is also called the red-headed or red mushroom. It is quite common and grows in deciduous and coniferous thickets, entering into symbiosis with trees. At the same time, in the Ivanovo region it was listed as the endangered Red Book.

Boletuses have a characteristic bright color of a hat of an unusual saturated light brown color with a reddish-brown tint, its diameter is from 5 to 20 cm. In a young mushroom, the hat has a hemispherical shape, tightly squeezing its leg. With adulthood, it opens and flattenes. The peel located on the hat is always dry, it can be velvet or felt. Did you know? Mushrooms are the most common living creatures on Earth, and their number has not yet been calculated . The leg of the red mushroom has a club shape and is very high - up to 22 cm. It itself is white, but small dark scales are located on its surface. Under the cap boletus there is a porous layer, which is clearly visible on the cut of the mushroom. The pulp of a redhead is dense and fleshy, white, but when cut after a while, it turns blue.

The mushroom boletus is in close symbiosis with certain types of trees and grows only near their rhizome. The red-headed can grow not only under the aspen, but also under other trees, receiving from them useful substances for its growth and development. In the temperate climate zone - this is one of the most common mushrooms. Boletus often grow in clusters under birch, oak, beech, spruce and, of course, aspen. They prefer humid lowlands, abundantly overgrown with moss, grow along the edges of forest roads.

How much will the mushrooms grow

How much boletus grows is important for mushroom pickers to find out when to go for the crop. These mushrooms are distinguished by their rapid growth and are champions in terms of ripening speed, so you should not take time to harvest them after rain. Thus, in a day they are able to grow by several centimeters. After heavy rains and at a rather high air temperature, redheads can grow a few days to a considerable size, absorbing all useful and not very substances from the soil, so it is important not to pick mushrooms near the tracks and in environmentally polluted places, since their use is dangerous to health.

How much do they grow after rain

After heavy rain, redheads begin to absorb moisture from the soil very quickly and grow to an impressive size in a couple of days. Due to this, during prolonged rains, red mushrooms can be found in deciduous or mixed forests for almost the entire second half of summer and autumn, before the onset of frost. For boletus, 24 hours after the rain is enough to grow. They can be collected the day after a rainfall. Important! When collecting mushrooms, it is important not to damage the mycelium from which they grow, then the boletus will grow again, because the life of the mycelium reaches 80 years.

There is a species of boletus, which bears fruit from the end of June to August. For him, a favorable environment is high air temperature and a minimum amount of moisture. However, finding a redhead in dry years is quite difficult, only single specimens come across to experienced mushroom pickers. The largest crop of red mushrooms will come from a combination of rainy and warm weather.

The redhead also bears fruit from mid-September, when the leaves begin to fall, and until the frosts. Such a long period is associated with a moderate growth rate in the cold season. Description of milkweed mushroom, application features and how to cook edible mushrooms How much do you need to cook russula Edible mushrooms Russula mushrooms: description and photo, where and when they grow, the benefits and contraindications Edible mushrooms Description of the whip mushroom is white: is it edible and how to eat it Edible mushrooms What kind of Russula can be eaten, and which can not be Edible mushrooms All articles

When it’s cold, it can grow to a mature specimen in 3-4 days. In coniferous and mixed forests, the boletus grows even after the first frost, because the needles have good thermal insulation abilities, protecting the mycelium from damage. How much will the boletus grow in a day

In a short time (on average 24 hours), the boletus is able to grow to the state of a young mushroom when it can already be cut, so experienced mushroom pickers go around the studied places every day, while receiving a good crop of mushrooms. In the cold season, the red-headed grows a little slower. A particularly rapid growth of the fungus is noticeable immediately after a rainy and warm day. Did you know? Boletuses enter symbiosis with trees, eating due to the carbohydrates secreted by them, while the tree receives in return the decomposition products of organic nitrogenous substances that the fungus secretes.

When can I collect

Redheads can be taken away all summer and autumn, which distinguishes them from other species. Redhead is quite common, and mycelium are in large groups in deciduous or mixed forests, which simplifies the task of mushroom pickers. In mixed forests where pine trees are present, crops can be harvested even after the first frost. This is due to the release of a large amount of heat from fallen pine needles. Red mushroom has an excellent and unique taste, while it has a low calorie content: 100 grams of aspen mushrooms contain only 22 calories, so they can be safely consumed during the diet. In this mushroom, the protein content is higher than in meat, and this makes it an integral food product.

Boletus is a good source of nutrients, it is rich in B and PP vitamins, as well as a lot of ascorbic acid. Due to the large number of fibers, the fungus helps to normalize digestion, and potassium, iron and phosphorus in its composition contribute to the good functioning of the cardiovascular system and strengthen bones. Important! Before use, boletus must be cleaned and boiled for half an hour, which will help get rid of harmful substances that have absorbed mushrooms from the soil. Redheads are useful because they strengthen the body's immune system, as well as lower blood cholesterol. They enhance the regenerative abilities of the body, which positively affects life expectancy. With their regular use, you can get the effect of rejuvenation. However, people suffering from severe chronic diseases of the liver and kidneys should not get carried away with boletus, as they have a significant burden on these organs.

Redhead is a widespread mushroom, it can be easily found throughout the summer and autumn in the deciduous or mixed forest near the rhizome of trees. Red mushroom is distinguished by excellent taste and incorporates a large number of vitamins and protein, which is why it was so fond of mushroom pickers. From boletus you can cook a huge variety of dishes, they are salted, dried, marinated and boiled. At the same time, each forest resident gives an original taste and aroma. 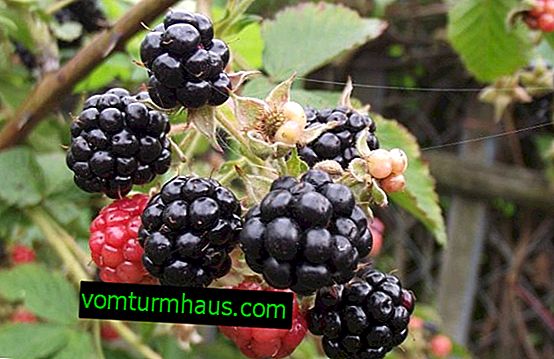 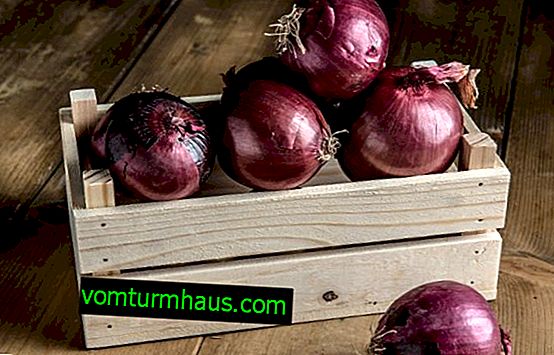 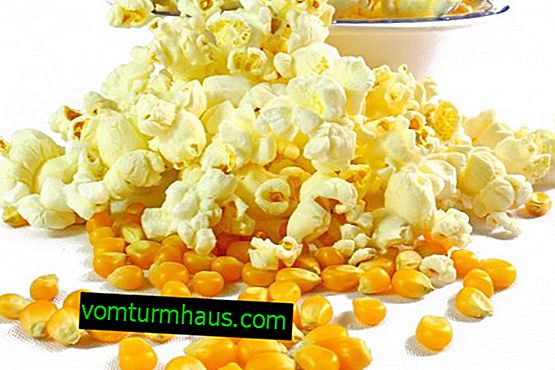 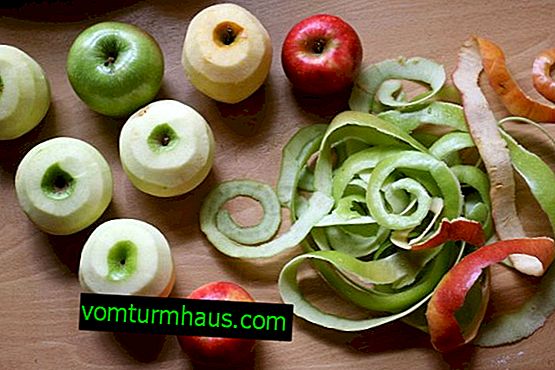 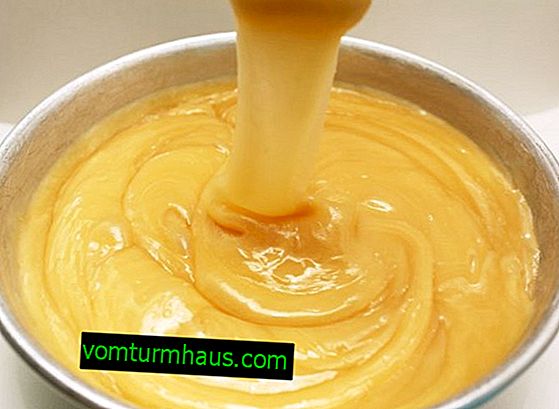 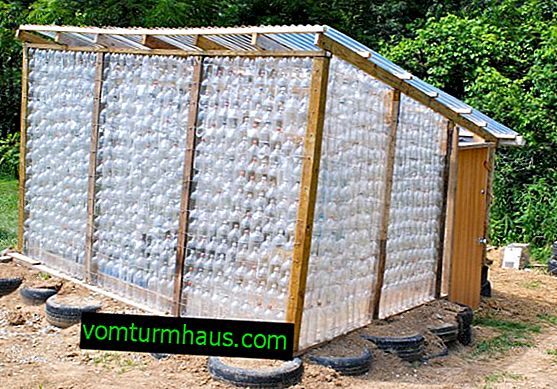 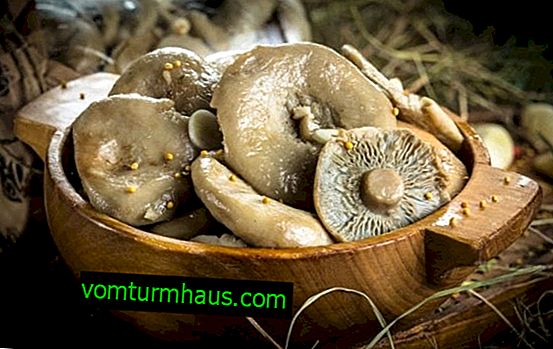