Features of planting and growing gloxinia from seeds at home

In 1785, an unknown flower with a bell-shaped bowl and bright color was discovered in the tropical rainforest of Brazil. Subsequently, gloxinia (one of the names given to the flower) became a popular example in indoor floriculture. Consider how remarkable this flower is and how to care for it at home.

This houseplant received two names at once, both in honor of the botanists: B. Gloksin, who discovered the flower (gloxinia), and V. Zinning, who was engaged in its selection (synningia). In total, from two types of gloxinia, the beautiful and royal, all plant species that are now known originate.

The flower has a tuberous root, a short thick stem and roundish leaves on long petioles. The plates are streaked with veins, the edges are serrated. Bell-shaped inflorescences. It is noteworthy that the surname Gloksin is derived from the German word "glocke", which means "bell".

Did you know? According to the art of Feng Shui, the purple gloxinia in the house smooths out conflicts, transforms negative emotions into positive energy.

The variety of colors of inflorescences is striking:

Buds of buds may vary in shape: Dates of planting gloxinia from seeds

When sowing is of no fundamental importance, it is possible to sow in the autumn, after collecting seeds, or in winter, at the end of February. During autumn planting, it is necessary to provide the plant with the necessary daylight hours and temperature conditions.

Preparing for sowing at home

Seeds can be collected independently or purchased at the store. With self-assembly, the pedicel is carefully cut with a dried box. It is important to remove the boxes before opening, because the seeds are very small. Purchased seeds are sold as dragees or granules.

Important! It is recommended to place the container with seeds under a diffused light source, for example, under a lamp, observing a distance of 40 - 45 cm. Without proper lighting, the seeds may not hatch.

The most convenient container for sowing is a plastic container with a lid. It should be washed with baking soda and make holes for the drainage of moisture at the bottom.

Gloxinia needs a nutritious and loose soil. Of the finished substrates, soil for violets or begonias is suitable.

You can prepare the soil yourself from the following ingredients:

The soil is disinfected by steaming over a water bath for about an hour. Due to the very small size, additional processing of planting material is not carried out. It is believed that seeds should be put in the refrigerator for stratification. Although, when all the rules of sowing are followed, they sprout perfectly without this manipulation.

Did you know? In the language of flowers (floriography), gloxinia means " love at first sight . "

If you use a food container with a lid as a seeding container, then you do not need a film.

For germination, the temperature in the room should be about +25 ° C, after the appearance of sprouts, it is gradually reduced to +22 ° C. Humidity provides a film shelter that inhibits evaporation. From time to time, the soil in the tank is sprayed. To avoid strong condensation on the shelter, air the crops twice a day, opening for 7-10 minutes.

Growing and caring for indoor plants

The ideal location for placing the flowerpot in the house is the southwestern or southeastern windowsill. The flower loves bright lighting, but it should be shaded from direct sunlight. Daylight hours should last 12-14 hours, if necessary, the plant is illuminated with the help of artificial lamps. Gloxinia loves fresh air, but does not tolerate drafts. The optimum temperature for adult bushes is + 20–22 ° С.

Important! You can not carry out the procedure during flowering, the exception may be a disease. In this case, all buds and greens are previously cut off over a pair of lower leaves.

When watering a flower, they try not to wet the foliage by watering the soil lump. The best option for watering is considered lower: the pot is lowered into a basin with water. The plant draws as much moisture as it needs. The water used is warm - + 25–28 ° С. The frequency of watering depends on the drying rate of the topsoil. Usually such a plant is watered 2 times a week.

Since August, the procedure is reduced to a minimum, preparing the plant for a dormant period. If there is not enough humid air in the room, you cannot spray the flower itself, but the air around it is desirable. Once every 10-12 days gloxinia is fed with complex fertilizers for flowering ornamental crops. During the period of active growth, complexes with a high nitrogen content are selected; during the formation of flower ovaries and flowering, phosphorus-potassium compounds are used. After about a week, the first shoots appear, they are still too weak and do not have strong leaves. The first pick is carried out about a month after sowing, when the seedlings begin to crowd each other. Their roots are still weak, so picking is carried out using a spoon. They plant the plant together with a lump of soil and transplanted under similar conditions under shelter.

Weak seedlings are best removed, they are unlikely to be good. The second procedure is carried out, exactly repeating the first pick. The third time, around the age of 2.5 months, the bushes are planted in separate pots. Shelter for stronger plants is no longer necessary.

Sinningia has a long flowering period, which is stimulated by pruning. As soon as the first buds have faded, the upper foliage and pedicels are trimmed. Stimulate the development of new flower sinuses using the Epin top dressing, according to the instructions. Watered sparingly, without flooding the soil. Of the newly formed stepsons, some of the strongest are left, the rest are removed. The plant needs an annual transplant, because it manages to deplete the soil in a year.

Find out how and when to transplant indoor plants.

In addition, transplantation is carried out if necessary, for example, due to illness or infection by pests. After a dormant period, syningia is transplanted into clean, disinfected soil and a sterile pot. Before planting, the roots are washed and rotted or broken parts are removed. If there were a lot of rotten areas, the tuber is soaked in a slightly pink solution of potassium permanganate. After the manipulation, leave overnight to dry. A more detailed description in the video below.

It is possible to grow and propagate a flower in a vegetative way.

On the sheet plate selected for propagation, incisions are made along the veins. The leaf is pressed into moist soil. Until the shoots appear, the seedling is kept under a transparent cap. In order to propagate the flower with a tuber, you first need to wake it up. If in May the plant did not come out of hibernation on its own, it needs help. The easiest method is to spill the soil in a pot without touching the tuber and wrap it in a plastic bag. After that, the pot is placed in a well-lit warm place for about 2 weeks. After new shoots appear, a newly formed shoot with a shoot is separated from the old tuber with a sharp knife. All sections are treated with powdered charcoal. Escape is planted in the ground. As planting material, young leaves with a long stalk are selected. Germinate either in water or immediately in the ground. During germination, cover with a cap. When gloxinia from seeds blooms

Beginning gardeners are interested in the question: after how many months a young specimen blooms. Subject to all the rules of care, the plant begins to form peduncles 3-4 months after sowing seeds, blooms six months later. The flowering period at synningia lasts from April to October. If the first buds are removed, it stimulates a more magnificent flowering.

Read more about planting gloxinia and caring for it at home.

Subject to agricultural practices and rules of care, the plant is not susceptible to disease.

However, with errors (mainly with excess moisture or fertilizer), symptoms of such diseases may occur:

The bush must be treated with a fungicide at the first sign of illness, otherwise it will have to be disposed of. In some cases, a transplant with a complete replacement of the soil is required. Common pests of flowers are thrips and spider mites. It is possible to get rid of insects with the help of insecticides with a wide spectrum of action, the Aktara drug has proven itself well. Due to some floriculture mistakes, the planted bushes grow slowly.

We recommend that you learn about the features of gloxinia care and reproduction at home.

Gloxinia will delight each grower with long and lush flowering, and the abundance of its varieties will allow you to choose any color. The main thing that a plant needs is compliance with the rules of planting and care. 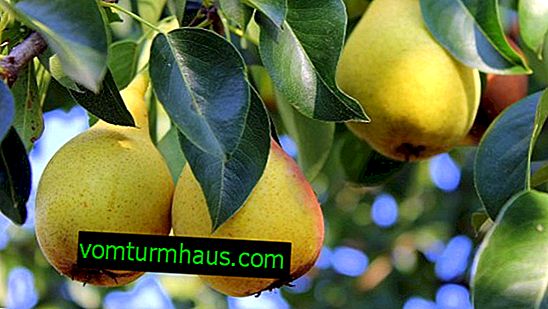 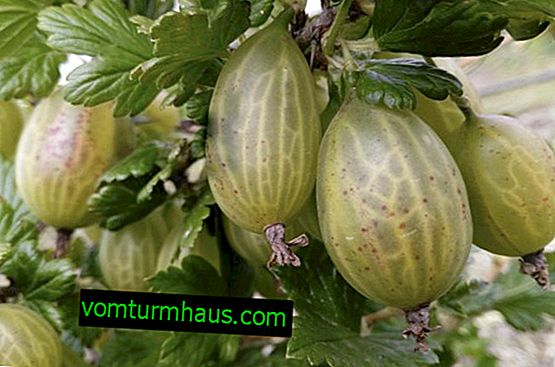 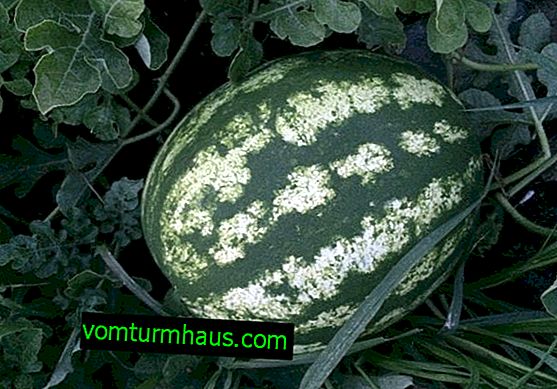 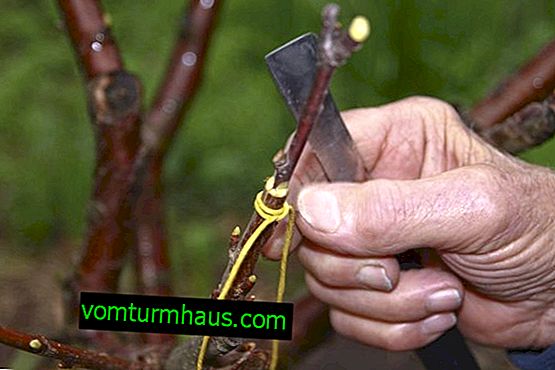 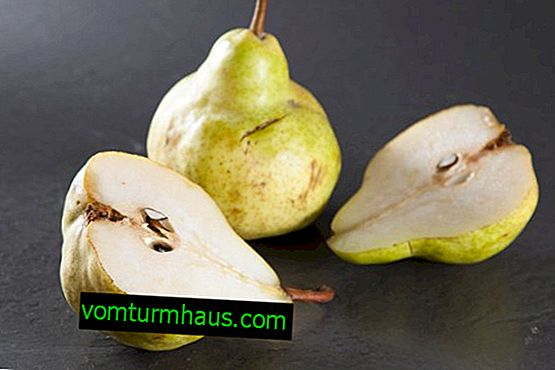 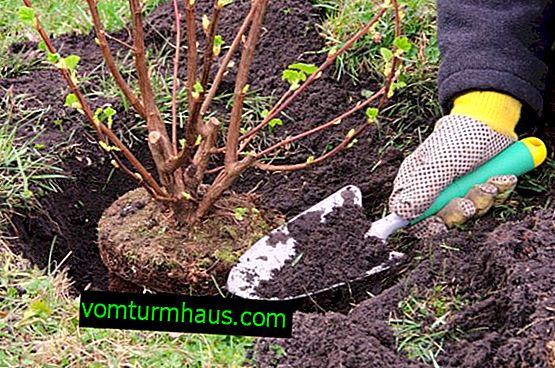