One of the most unpleasant moments accompanying travel to exotic countries is the prospect of meeting with poisonous representatives of the local insect world. One of these creatures is the largest hornet in the world with the beautiful name Vespa Mandarinia, which lives in Asia. What is this huge relative of the wasps and bumblebees habitual to us and what threatens his bite - the topic of our review.

Those who have ever seen the usual European hornet (Latin name - Vespa Crabro) can well imagine Vespa Mandarinia, mentally increasing the familiar insect by about two times. Otherwise, representatives of these two species look approximately the same, although there are still some slight differences between them.

Did you know? The smallest insect on the planet has a body length of 139 microns, and the largest - grows to 60 cm or more. The name of the first is Dicopomorpha echmepterygis, the second is Phasmatodea.

For clarity, the distinguishing features of the Chinese giant and its European counterpart are shown in table form:

To give a more visual idea of ​​the true size of the Asian hornet, it is enough to say that the length of its body from the top of the head to the tip of the sting is approximately equal to the length of the little finger of an adult man, and the wingspan is only slightly less than the width of a human palm. It should be noted that the gigantic sizes that distinguish Vespa Mandarinia from more than two dozen of its closest relatives from the genus Vespa are a vivid example of evolutionary struggle and the ability of species to adapt to adverse environmental conditions.

In addition, in the rich diversity of the animal kingdom that is characteristic of tropical countries, large and poisonous insects are much more likely to find food and not become a victim of natural enemies themselves than their smaller and harmless tribesmen.

Otherwise, the life cycle of these giants is practically no different from that characteristic of other species of hornets. Insects live in nests that line up directly on the ground. The material for making the nest is thin and soft (young or, on the contrary, rotten) wood bark, which the female first grinds with her powerful jaws and then glues it together with viscous saliva. In appearance, this structure is very similar to paper. Important! For all inhabitants of territories with a hot climate, the possibility of survival depends on heat transfer. One of the methods to increase this indicator is a large body area, providing better cooling. With the retreat of the cold, even before you begin to build a nest, the uterus lays several eggs in the place chosen for the future dwelling and then begins to erect a cell house above them. The first days after masonry, the uterus carries all the worries about the nutrition of future offspring on its own. About a week later, a larva appears from the egg, transforming within two weeks, first into a chrysalis and then into a young hornet.

Further functions of the offspring in the nest are distributed as follows:

As the name implies, the area of ​​the giant hornet is Asia, more precisely, the eastern, and also partially southern and northern parts of it.

In the list of states whose territory Vespa Mandarinia has chosen for itself, it should be mentioned:

Did you know? For its enormous size, the Chinese called the Asian hornet a "bee-tiger", and the inhabitants of the Land of the Rising Sun - "a bee-sparrow." A good ability to adapt to changing conditions allows Asian hornets to explore different parts of the geospace, and yet their favorite habitat is sparse forests, well-lit groves and other areas protected by high vegetation. These insects almost never select steppes, deserts and highlands for building nests.

The Asian hornet is almost omnivorous. The most common food for him is insects (including smaller hornets), but with the same desire this giant can eat fruits, berries, flower nectar and even meat or fish. Plant foods are only suitable for adult hornets, while larvae need animal products. The hornet produces food, using primarily its powerful jaws, the sting is a tool for protection, and not for hunting. With the help of jaws, the Asian giant captures the prey, kills and then cuts it.

The greatest harm that Vespa Mandarinia does to a person is not in its toxic poison, but in invasions of apiaries. Agriculture in Japan, India and Thailand is particularly affected by the invasion of killer insects.

Did you know? A dozen Asian hornets can destroy up to 10, 000 honey bees per season. Therefore, having discovered the nest of the Asian hornet, people usually try to get rid of such a neighborhood. The problem, however, is that the mechanical destruction of the home of a poisonous insect is a dangerous task and in practice almost impossible. The hornets are able to defend themselves fiercely and, in the face of the threat of losing their home, join forces, ignoring possible losses (family protection, by the way, is the most common cause of hornet death). To destroy nests of dangerous insects, people use special methods.

For example, for this purpose you can:

Important! All work on the destruction of the hornets nest must be carried out in the dark, when the activity of insects is minimal. Nevertheless, you should know that even at night the hornets do not sleep, but continue to work, only periodically, for about 30 seconds, freezing in immobility.

Before embarking on hazardous work, individual protective measures should be taken: wear glasses, a mask, gloves, and even better - a special suit for beekeeping.

Asian hornet is dangerous not only for bees. Their poison is very toxic, and, given the impressive size of both the individual and her sting, in the event of an attack, a more significant proportion of the poisonous substance is injected in comparison with other hornets.

Hornet venom contains several toxins, the most dangerous of which is mandorotoxin, a substance with a pronounced nerve-paralytic effect. Other toxic components have a destructive effect on the tissues of internal organs, which is accompanied by severe pain. Since hornet venom is similar in its characteristics to bee and hornet and is also capable of causing a specific “cumulative” reaction (each subsequent bite is more severe than the previous one), the attack of the Asian hornet is especially dangerous for those who already have a history of bee sting allergies and wasps Another nuisance is that at least 5% of the composition of Vespa Mandarinia poison is a special substance - acetylcholine, which is specially designed so that at the time of danger the individual could call for help from its fellow tribesmen. Accordingly, having been bitten by a giant hornet (he, like a wasp, can use his sting repeatedly), his victim risks in a few minutes to be in a circle of angry insects.

Did you know? Scientists have found that it is with the help of odors, or rather the pheromones present in them, that communication occurs between members of the Vespa family of insects. By sending certain aromatic signals, the uterus can give its tribesmen various commands - to work, hunt, attack and defend. However, it should be noted that the Asian hornet, like its other counterparts, is not at all aggressive and never attacks for no reason. But if you disturb the nest of an insect or accidentally crush it on your body, a lightning reaction cannot be avoided. Moreover, males of a hornet are deprived of a sting - attacks should be feared only from the uterus or working female.

First of all, the bite of an Asian hornet is very painful. According to one of the victims, the sensation resembles an injection with a hot nail, if you step on it with all its weight. The pain does not go away for a long time and is pulsating in nature. External signs of a bite are:

As the toxin enters the bloodstream, a person may feel:

Important! In the presence of allergies or in the case of multiple bites, Vespa Mandarinia venom can cause anaphylactic shock and become fatal to humans. Thus, according to statistics in Japan, up to four dozen people die from the bite of these insects every year.

What to do with a bite?

First aid measures for a bite of an Asian hornet are similar to those that a wasp victim needs to take, with the only difference being that you need to act even faster.

The Asian hornet is an insect whose bite is fraught with serious consequences, even death, however, such cases are still rare. Moreover, subject to the usual precautions, the likelihood of becoming a victim of Vespa Mandarinia is not so great, because by attacking, the insect is really just protecting itself from danger, real or imaginary. Fencing (bush holder) for gooseberries: types, how to make 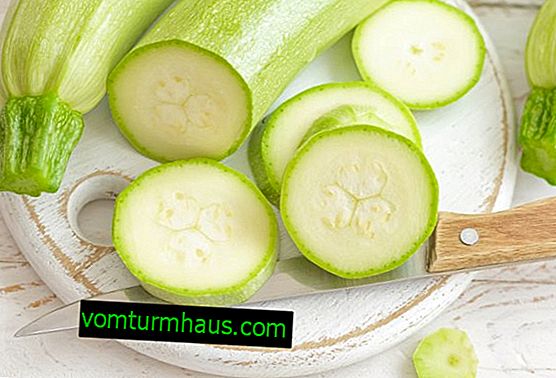 The benefits and harms of eating squash raw 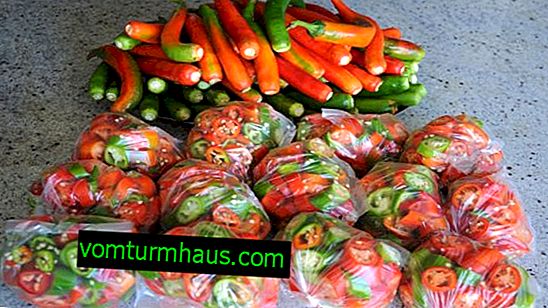 How to freeze hot peppers for the winter How to Tie Cucumbers: Best Practices

How to take bee pollen for children? Features of Himalayan bees and their honey How fast boletus grow after rain