Description and Characteristics of the White Swan Potato Variety

Not so long ago, gardeners in Russia, Ukraine and Belarus (especially the Vitebsk region) began to grow a previously unknown variety of potatoes with a beautiful name - the White Swan, which, according to their reviews, has a high yield. The article discusses the key features of the variety and the requirements for its cultivation.

The variety, although it has become popular, however, is not certified in the territories of the countries mentioned above, so varietal characteristics are known only from the experience of gardeners.

Potato bushes White swan of medium size, tops of medium density. During the harvest period, 7-10 kg of tubers can be removed from one bush. Among the two or three dozen large potatoes that each bush brings, there are very few seed fraction tubers; there are no small tubers at all. Tubers of large mass: 260–480 g on average, many cases of harvest of larger potatoes have been recorded. The peel is white, with eyes pink or purple. In the place of the cut, the pulp is visible, similar in color and texture to semolina, the taste is slightly pronounced. Resistance to diseases and pests characteristic of culture is poorly understood.

Did you know? The homeland of potatoes is considered South America. Neighboring North America learned about the vegetable after Europe: in 1621, Nathaniel Butler, Governor of Bermuda, presented to Francis Wyatt, Governor of Virginia, a batch of potato tubers.

Due to the fact that the planting material of the White Swan is imported without certification, special attention should be paid to the preparation of tubers for planting. All tubers that are in doubt about quality should be discarded.

Talk about the timing of planting potatoes should be in the context of a particular region. The general rule is this: the soil should warm up to +6 ... + 9 ° С at a depth of 10–13 cm. Under normal weather conditions, the earth warms up to such a temperature in the southern regions in late March - early April. In the middle lane and northern regions - a month later.

To find out if it's time to plant potatoes, you can use the following rules:

Important! The best place to store potatoes is a pre-smoked gray cellar or cellar with a constant air temperature of +1 ... + 2 ° C and an air humidity of 80–85%.

Crop rotation is the most important agricultural technique, following the rules of which has a positive effect on crop yields. Potatoes grow well where they were grown before:

The crop grows well and brings a crop to the areas where it was grown before:

Potatoes should not be planted where such vegetables previously grew:

Do not plant the vegetable repeatedly in the same areas earlier than in the fourth year.

Also find out what is best to plant after potatoes.

The best substrate for growing potatoes is well-fertilized chernozem, with the addition of wood ash and superphosphate. In addition, the White Swan grows on light sandy soils with a neutral or slightly acidic pH. If acidity goes beyond pH 5.5–7.0, the White Swan does not grow well on these soils.

The landing site should be well warmed by the sun, it is desirable that the site is not in the lowland. If in addition to such a place there will also be the presence of natural or man-made shelter from the wind (buildings, trees or tall bushes), we can assume that you have found the perfect landing site.

3 weeks before you plan to carry out planting, you need to take the tubers to the air. Every day they are laid out in a place well lit by sunlight for 7-10 hours. In addition to solar heat and light, it is necessary to create conditions of sufficient humidity (ultraviolet and moisture contribute to the awakening and early germination of tubers). Large planting material is cut into fragments, each of which should have 2-3 eyes. When the shoots reach 4-6 cm in length, tubers can be planted. Right before planting, the tubers are treated with fungicides (copper sulphate 1 tsp per 1 bucket of water), potassium permanganate solution (0.5 g per 1 bucket of water), minerals (ash) and growth stimulants (sodium humate, Mikon, " Poteytin ").

If the soil in the area is clayey (heavy), in the autumn, when digging, it is necessary to add sifted river sand and ash to it. In March, 2-3 weeks before planting, the soil is again dug up, 2 tbsp. Are added per square meter. l ammonium nitrate or urea.

We recommend that you familiarize yourself Features of fertilizing potatoes when planting

The addition of peat will not be superfluous (1 bucket / 1 m²). If sandy soil prevails, in the fall, add 1 bucket of peat, loam and humus per 1 m² of area to it.

Sand, clay, manure and compost (2/3 buckets per 1 m²) should be added to the peat substrate.

In addition, you should make a cocktail of mineral fertilizers:

The listed components are dissolved in 1 bucket of water (the volume of the solution is intended for 1 m² of plot area). For planting potatoes, the lowercase method is used. The distance between the rows is 80–90 cm, the depth of the holes is 12–15 cm. If the soil is heavy, the tubers are buried at a shorter distance - up to 10 cm. When planting, follow simple rules that contribute to a better crop:

Features of care for the variety after planting

The main advantage of the White Swan is its high productivity. However, to achieve high performance it is necessary to create the appropriate conditions. This applies to the use of agricultural techniques and to the application of fertilizers. Among the agricultural practices that contribute to obtaining a high yield of potatoes, it is necessary to highlight the need for picking potato flowers during the flowering period.

Important! Do not abuse nitrogen fertilizers during the formation of tubers - the mineral inhibits their development, but enhances the growth of green mass (tops).

During flowering, seedlings are fed with nitrogen fertilizers. During the formation of the ovaries, they are sprayed with a solution of copper sulfate (0.05%) or boric acid. Poultry manure or manure is good as an organic top dressing. These substances have a strong effect on plants (they can burn), they should be used carefully.

Correctly prepare the fertilizer based on them in this way: After the buds are formed, the plants are fertilized with a mixture of ash and potassium sulfate. The components are mixed and sprinkled in rows with bushes. For 1 m potato rows, a mixture prepared from 1/3 cup ash and 2 tbsp is enough. l potassium sulfate. As for irrigation, under normal climatic conditions, three additional irrigations are sufficient during the entire growth period.

These irrigation is carried out at such stages of vegetation:

Did you know? To find out if the soil acidity is suitable for growing potatoes, it’s easy: if you see clover, wheat grass, dandelion and coltsfoot among the wild grass, acidity is appropriate.

In the event that a small amount of precipitation falls in the spring and summer, additional watering is necessary. On average, you need to water the aisles every 7-10 days, the volume of water depends on how dry the weather is. Apply for watering potatoes and a drip method. It is simple and efficient.

Drip irrigation is carried out in this way: After watering, it is necessary to harrow between rows in order to avoid the formation of a crust on the soil surface.

Weeding and hilling are the most important procedures that contribute to the growth of potatoes and harvesting. In addition, these measures prevent the emergence and development of diseases and pests. What is the purpose of hilling potatoes, and how to properly carry it out? The first weeding is carried out 7-10 days after the appearance of the first shoots. During the growing season, bushes should be weeded at least four times. After weeding, weeds should be removed from the site outside the garden where they are destroyed - do not forget that these are potential sources of disease.

After the bushes reach 12-15 cm in height, they should be earthed up. The procedure is carried out at least 3 times (as much as possible), the last hilling should be done before the bushes bloom. Hilling is the most important activity when growing potatoes.

The procedure is carried out in order to: You can cover the bushes of potato mulch (peat, hay, sawdust). In this case, hilling is not carried out, and the mulch is removed immediately before harvesting.

How much the variety is able to withstand diseases and pests is a moot point, the opinions of gardeners on this subject differ. In this regard, when growing it, one should proceed from the consideration that it is better to prevent planting from most known diseases and pests.

The most common crop diseases:

Did you know? The nematode does not tolerate the cultivation of such crops next to potatoes: rye, marigolds, calendula, legumes, mustard, clover. If you plant rye in the first half of September, 9 out of 10 pest larvae die in this place.

If you follow the rules below, you can significantly reduce the risk of these diseases: As a treatment for potatoes from possible diseases, fungicides and copper-based products (vitriol) are used:

Subject to the laws of crop rotation, the threat of scab development is minimized. Timely top dressing with minerals is very useful for prevention. But organics should not be abused, especially this applies to not completely rotted manure. If nevertheless bushes and tubers were affected by scab, “Fungazil”, “Aquaflo” are used for treatment, according to the instructions.

You can find out that the time has come for harvesting by how dry the tops are. If the greens are still alive, this is a sign that there is still enough chlorophyll in it, and the metabolic processes in the potato have not stopped - the tubers continue to accumulate useful substances, and it is too early to collect them.

Yellowed and beginning to fade foliage is a sign that the time has come for harvesting potatoes. The tops should be mowed 1–1.5 weeks before the intended harvest. It is important to harvest potatoes in dry weather. If the weather that day is still sunny and windy - consider these conditions ideal.

Tubers dug from the ground are laid out on the side of the road and allowed to dry well. When the potato dries, the remnants of the earth from the surface can be easily removed. In this case, the removal of dirt does not entail accidental damage to the peel, which leads to an immediate spoilage of potatoes. In addition, potatoes, under the rays of sunlight, are irradiated with ultraviolet light, which contributes to the destruction of bacteria. Such a natural disinfection increases the shelf life of the vegetable. After the harvest, it is necessary to sort out and remove damaged, rotten, diseased tubers. Pour good quality potatoes into bags and place in the cellar or basement for storage.

The following harvesting and storage guidelines will help extend the shelf life of the White Swan:

Important! The use of fungicides for processing potatoes should be discontinued no later than a month before harvesting.

The undoubted advantage of the White Swan variety is its high productivity and a large mass of tubers. On the other hand, the lack of certification is alarming, in addition, the taste of the variety leaves much to be desired. If productivity is your first priority - try planting a White Swan on a site, if taste is important - choose a more traditional variety.

Why does the beet leaves turn yellow, and it does not grow?

Features of the use of cumin during pregnancy

Features of the use of anise oil 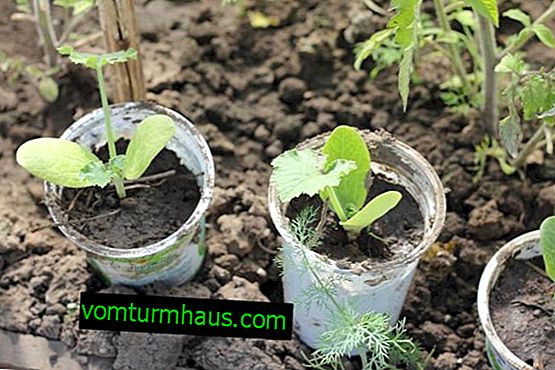 Features of growing and caring for seedlings of zucchini 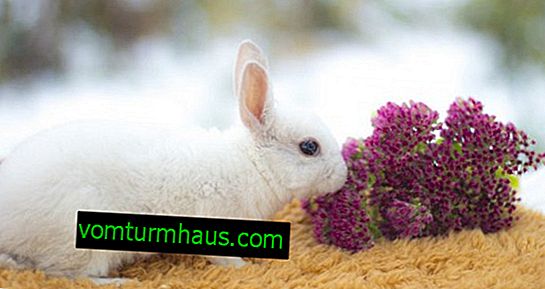 The average life span of rabbits 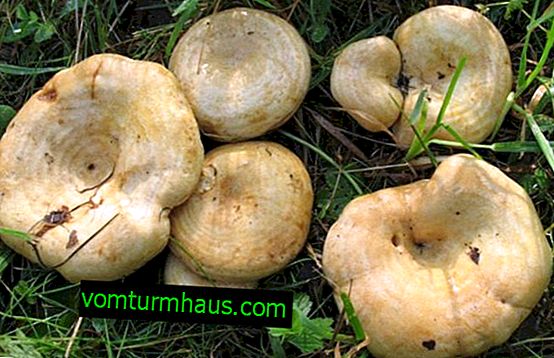