For more than 200 years of its existence, this ancient apple tree has not lost its position at all under the onslaught of new-fangled products of numerous breeders. The apple strain Shtrifel explicitly confirms its leadership qualities in orchards in various countries and in various climatic conditions. Read more about this well-deserved apple variety in the article below.

History of the variety

This kind of apples managed to acquire more than 2 centuries of its existence, in addition to its most common names, Shtrifel and Autumn striped, with numerous other names in the form:

The history of the origin of the variety is lost in the mists of time. The most viable versions attribute the addresses of his appearance to the Netherlands or Germany. From somewhere, from there, the variety moved to

Did you know? An ancient but effective way to overcome severe pain after a burn is the ability of the flesh of a baked apple to radically stop these pain sensations.

Appearance of the tree and description of apples

It is difficult to ignore this apple tree because of its impressive dimensions, which reach a height of almost 9 m and the same amount in diameter of its magnificent crown, which creates a spreading tent over the trunk.

Entering the fruiting period of 5–7 years after planting seedlings, Shtrifel reaches full-fledged productivity only by 8–9 years, and the maturity of the tree occurs depending on the growing conditions of 20–30 years. After this, the apple tree for several decades gives good yields with some periodicity. Its fruits with an average weight of 170 g have a rounded shape, slightly tapering to the bottom, and painted in yellow-green color with orange-red or brown stripes on the sides facing the sun. A characteristic feature of apples is a rib located on its side, resembling a seam. The flesh of apples is light yellow with a reddish tinge on the skin.

It has a loose structure, but quite juicy and has a sweet taste with barely noticeable acidity and clove aftertaste. Professional tasters evaluate the taste of Shtrifel fruit no lower than 4.5 points out of 5 possible.

Long-term yield is the main trump card of the apple variety Shtrifel. She makes 300-400 kg of delicious apples in a tree at the age of 25 years. The apple tree blooms usually from early May to the end, what periods can be adjusted by weather conditions and the climate of the growing region, and apples ripen in early to mid-September. But for the appearance of fruits on this apple tree, third-party pollinators of flowers are necessary, since this variety is self-fruitless. The best pollinators are apple varieties:

Important! For each pollinator tree, there should be no more than 3 apple trees of the Shtrifel cultivar.

The described apple tree has high frost resistance, which is expressed in the ability of the tree to bear fruit successfully after severe winters with temperatures below -40 ° C. However, Shtrifel can not boast of the same resistance to a fungal scab disease - the scourge of many fruit trees.

When growing an apple tree of the Shtrifel variety, its intolerance to drought and susceptibility to scab disease should be taken into account first of all. The rest of the agricultural technology of growing varieties is quite traditional.

For this apple variety, which is grown mainly in temperate regions, the best planting time is spring, when the danger of return cold weather is over. An apple seedling planted during this period has good opportunities during the summer to take root and take root in a new place. If the seedling is planted in an area with a milder climate, then it can be planted in the fall, a month before the onset of stable cold weather. In this case, the correct selection of the place of future growth of the apple tree is of great importance. This plant needs good lighting.

In addition, its dimensions imply the creation of a free space around the tree, which should be at least one and a half times larger than the area of ​​the trunk circle. Particular attention should also be paid to water balance.

Without tolerating drought, the Shtrifel variety at the same time does not tolerate overmoistening of the root system. Therefore, the apple tree should be planted on a small hill in the area, which guarantees protection of the roots from spring flooding and from a close occurrence of groundwater.

Did you know? Blossoming of an apple tree is subject to strict rules: it will not start if the ambient temperature is less than +15 ° C, and lasts exactly 1 decade.

The process of planting seedlings in the ground itself proceeds as follows: To ensure optimal humidity conditions, the Shtrifel grade must be watered regularly. In hot and rainy weather, young trees up to 8 years old should be watered weekly, pouring up to 5 buckets of water under each tree.

Adult trees require one and a half times more water, especially during fruiting. During warm and dry autumn, trees need water-charging irrigation, which is carried out with the help of 1.5 buckets of water for each m² of trunk circle. Such a large tree needs regular fertilizing. In spring, when building green mass, the apple tree needs nitrogen, which is a lot in organic fertilizers.

Nitrogen is also found in mineral fertilizers such as:

These funds are applied both in dry form and in the form of a solution, which is obtained by diluting 40 g of each substance in a bucket of water. This is enough to feed 3 m² of area of ​​the trunk circle. During fruiting, the apple tree needs potassium and phosphorus, for which watering is combined with the introduction of complex mineral fertilizers into the soil with the predominance of these elements.

Important! Urea is not only a nitrogen-containing fertilizer, but also a good tool that strengthens the immunity of the tree.

And a couple of weeks after the harvest, the soil is again saturated with phosphorus and potassium, and humus is also added to it. This will allow the trees to winter well and better prepare for the spring awakening.

The apple tree of the Shtrifel cultivar is infested by pests quite rarely. However, as already mentioned, it does not show resistance to scab fungal disease. This happens especially often in the cool and rainy season. The disease covers the foliage of the apple tree with brown formations, and the fruits with gray-black spots, similar to lichen. As a result, apples turn black, wrinkle, peel off, and then fall off ahead of schedule. To prevent scab disease and fight it in the initial period of infection, spraying is used with the help of a folk remedy consisting of a bucket of water into which 100 g of mustard powder is added.

It is also effective to spray the tree with a solution of potassium permanganate of pink color or kefir (whey), half diluted with water. Spraying should begin immediately after the leaves have blossomed, and then continue every 2 weeks or after each rain.

These funds are quite effective as a prophylaxis of the disease or at the very beginning. But if the disease has been actively developed, then these funds will not help. It is necessary to resort to fungicides, among which copper sulfate is considered the most tested and effective.

Learn also how to make an apple tree blossom and bear fruit.

When the leaves bloom, they should be treated by spraying with a solution of Gamair or Phytolavin. And a week after harvesting, the trees should be treated with fungicides "Strobi", "Skor" or "Abiga-Peak" once again.

Video: how to deal with scab on the apple tree

Preparing a tree for winter

Although the apple variety Shtrifel demonstrates an enviable frost resistance, young apple trees should still be prepared for a successful wintering. To do this, the trunk circle well cleaned of debris must be covered with at least a 20-cm layer of dry humus, chopped peat, dry sawdust or compost. The trunks of all apple trees and skeletal branches to a third of their length need to be whitened to protect against rodents.

To make whitewash, you need:

Delicious Shtrifel apples are not very good. Even with the scrupulous observance of all conditions that extend the shelf life of apples, in December, the fruits rapidly lose their quality and begin to rot.

Important! The delay in picking apples is directly related to a noticeable decrease in their ability to maintain their condition during storage.

And in order to maintain the harvest at least until December, the following conditions must be observed: The old apple variety, which has been able to maintain its strong position in many fruit orchards in Europe for more than 200 years in conditions of intense competition with newfangled varieties, is capable of causing respect for this alone. High yields of delicious and beautiful apples of the frost-resistant Shtrifel variety every year delight a wide circle of their fans. 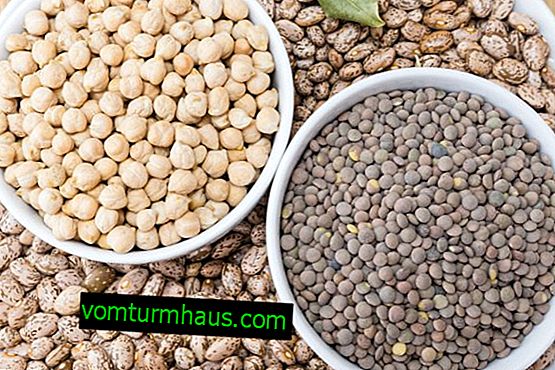 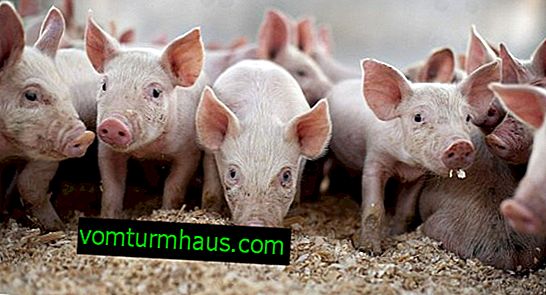 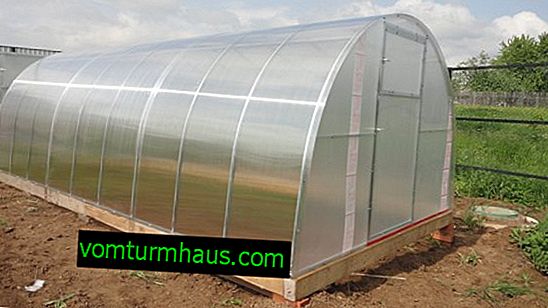 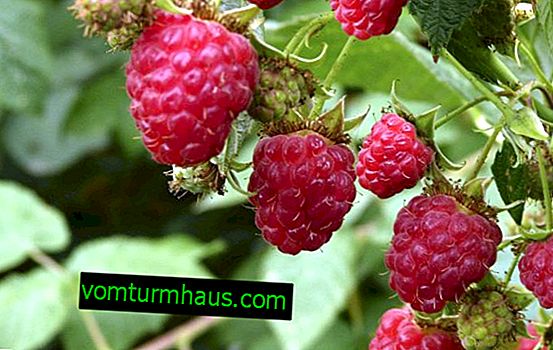 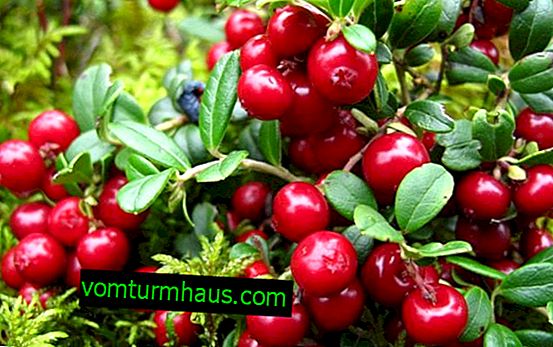 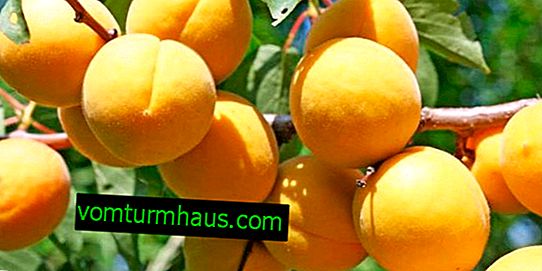 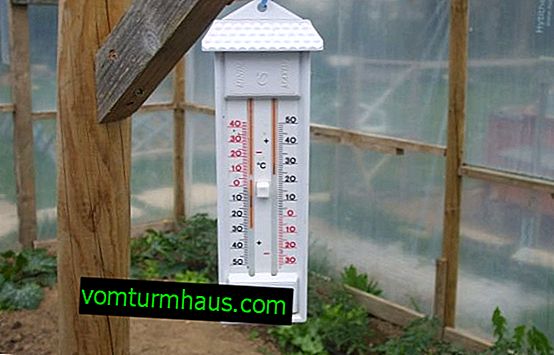